Is This Mistake Blocking Your Career Growth?

Every week, my colleagues and I meet with people – especially people with specialist technical backgrounds – who are strong in their fields but failing to advance in their careers.

For such people to break through, a fundamental shift in thinking and action is usually required.

A Story of Increasing Frustration

An example is a fellow – let’s call him Victor – who has been trying to move ahead for years.

Victor has gone to great lengths in presenting himself for next-level roles. His minutely detailed resume reflects a solid history of achievement. So does his LinkedIn profile.

Yet while he sometimes gets an interview, it usually goes no further. He has received a couple of offers but they have only been for lateral moves, with little potential for growth.

As a professional in his late thirties, he knows that time is running out. If he doesn’t break through to a higher level soon, it’s unlikely to happen at all.

He is understandably frustrated.

Trapped Within a Paradigm

Victor’s assessment of the situation has been that the problem lies largely in his resume and his LinkedIn profile. And that his interview skills are also in need of some work.

But as he has doubled down on what he has seen as the issues, Victor has been misdiagnosing the problem. His challenges in selling himself are symptoms. He will only be able to resolve his situation if he can recognise and address its cause.

His strength in employing an analytical, linear approach has been working against him.

In a situation such as Victor’s, the typical approach to finding the next role reinforces the wrong positioning. And the longer this continues, the harder it becomes to correct it.

Victor has been stuck at his present level for long enough that senior executives will naturally assume he has reached the limits of his potential.

No one really wants to read the data that he has gone to such great lengths to compile. To a seasoned senior executive, it shouts “Here’s another person who thinks like a technician but wants to be an executive”.

Victor’s disempowerment is making him unattractive to others. The harder he tries to sell himself, the deeper he digs the hole he is standing in.

The Effects of Disempowerment

Hiring executives have usually been burned by hiring mistakes. They know that if they employ someone who doesn’t succeed, it will hinder their own progress. So they naturally prefer to work with people they know, like, trust and respect.

An interview with a stranger is a difficult context in which to establish liking, trust and respect. If they know Joe or Jenny Average (and executives usually do know such people), they’re more likely to hire him or her instead. As the saying goes, “Better the devil you know..”

The Problem With Victor’s Positioning

Victor’s positioning is fundamentally wrong. He is coming across as an over-eager seller.

Yes, the market does encourage this positioning. But accepting it disempowers us. Salespeople are widely mistrusted.

It’s a major barrier, even for a professional salesperson. And Victor is certainly not that.

Victor has not met his own objectives, yet he is a solid contributor. He plays by the rules and works hard. He knows how to use the tools of his field in a linear way to solve a technical problem.

And naturally, he has been seeing his current challenge in the light of his linearly-based experience. Thus, it’s natural that he would aim to meet with more recruiters, armed with better answers to their questions.

If the problem required linear thinking, Victor would have it nailed.

But as Abraham Maslow famously stated, “If the only tool you have is a hammer, every problem will look like a nail”.

And this one isn’t a nail.

The Real Solution to Victor’s Problem

Victor’s problem does involve persuasion, but that doesn’t automatically make it a selling problem.

In fact, it’s a marketing problem. And as Peter Drucker succinctly put it, The purpose of marketing is to make selling unnecessary.

The tools that Victor needs lie outside his understanding and experience. Unfortunately, his commitment to a linear approach has been blocking his access to them.

The solution to his problem requires thinking and acting from a position of empowerment. It’s a major transition. Amongst other things, he should be thinking like a buyer, not a seller.

The Path to Influence

Great leaders INFLUENCE. They don’t sell at all, in the conventional sense. They understand the importance of trust, so they shun actions that could undermine it.

It all has to do with the way our brains function. Over eons, our species has learned it’s vital to be careful about who we trust. We use the limbic system to make decisions about this. It’s lightning-fast and incredibly nimble by comparison with the neocortex that we use for analytical reasoning.

But the limbic system has no access to language. It doesn’t respond to words, because it can’t.

In trying to sell himself, Victor has been undermining the very thing he must achieve – trust. He needs to let go of his preconceptions about how to achieve the success he is seeking.

It’s a difficult transition because he is so analytical. But if he can embrace this approach, he will gain the potential, not just to move up to an executive role, but also to become effective at that level.

Five Things You Can Do Straight Away
to Improve Your Career

Your career is a means to the life you want. If you’re not enjoying your career, you can begin to improve the situation immediately. Even if you’re under pressure. This free ebook will help you get things underway. 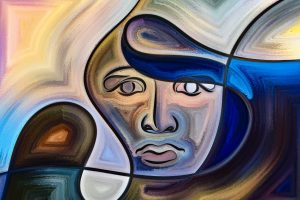 Are Awareness Gaps Blocking Your Progress?

The most widespread, and the most disabling, of all awareness gaps is the lack of a clear, sound, compelling and...

The Power of a Compelling Vision and Strategy

The most fulfilling careers are not accidental. They’re based on long-term commitment to a meaningful and compelling career vision... 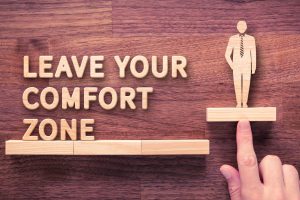 Are Comfort Zone Behaviors Dragging Your Career Down?

In evolutionary terms, the freedom to indulge ourselves is a recent development. For most of our forebears, the critical...