How to Reverse the ‘Power Imbalance’ in the Job Market

Most of us begin our careers at an inherent disadvantage. We don’t know the job market, and we have few if any on-the-job skills.

Unless the market is booming, or we are amongst the rare few with a highly prized qualification and/or exceptionally good grades, we’re likely to face a lot of competition for a good start.

But it’s important to understand that this disadvantage can be quickly erased.

Over Time, the Disadvantage Can Become an Illusion

Certainly as individuals, we also compete for the best jobs. However, if we have a reasonable level of talent and commitment, the inherent disadvantage that exists in early stages of our careers actually disappears or even reverses over time.

In reality, by the time most of us have spent a few years in the workforce, if we are genuinely capable and committed, the idea of a power imbalance that favours the employer is mostly an illusion.

Unfortunately, most people never realize this or put themselves in a position to benefit from it. The dependence on regular pay leads most of us to undervalue ourselves and to help perpetuate a power imbalance that with the passage of time has become purely psychological. On any other level, it may have become non-existent or even have reversed in our favour.

We all need to learn how to replace this undervaluation of ourselves with a more accurate version of reality and the self-marketing skills to make it work for us.

Dependence on recruiters is a major barrier to a fulfilling career. It seems like a structural imbalance because there will sometimes be hundreds of applicants for an attractive position. But in general, the better the role, the less likely it is that it will be filled through a recruiter.

Because of the difficulty and risks involved in hiring, employers naturally seek to maximize their opportunity for choice. However, they rely far less on the recruitment industry than is generally recognized. There are always plenty of recruiters keen to take on an assignment, with a fee due only if a candidate whom they put forward is hired. The employer is generally happy to use multiple avenues of hiring and sees little risk in engaging recruiters, whether they expect to hire through them or not.

And because hiring executives see substantial risk in hiring a stranger, data from around the world confirms that the “hidden market” is generally responsible for around 65% to 85% of new appointments at executive and professional levels.

For a recruitment consultant, the commissions when they place someone are high enough to cover the reality that most of their assignments will never result in a commission. For the individual executive or professional, however, the situation and its risks are very different.

It’s important to understand the realities of the market in this regard and to recognize that you will do far better overall by harnessing the power of direct rather than indirect relationships.

Much of what we’ve stated regarding dealing with recruiters could also be said about Human Resources departments. Every executive and professional needs to understand their actual role, as opposed to the picture that is generally presented.

It can appear that Human Resources departments are the gatekeepers to a new position, with essential processes to be followed, and the need to ‘stand in line’ for consideration, along with all of the other candidates.

But senior executives tend to see HR as adding little value to the hiring process, and often as being more an impediment than an asset. They work around this perceived impediment, and make their own decisions in hiring, because their success depends on hiring the right people.

At these levels, HR is usually seen as primarily an administrative function. And this, in fact, is what it typically ends up being, instead of the sales-focused service to the hiring executive that could help attract the best candidates.

To strategically advance your career, it’s important to avoid becoming entangled in HR-driven hiring processes. You don’t want to be just another person in a long line of candidates with no direct connection to the hiring executive.

How our Misconceptions Harm us

Every day, countless candidates invest their hopes and their time in applying for positions to which they have little if any chance of being appointed. The effort involved is all too often greeted with a wall of silence, or with standardized messages designed to keep people at arm’s length. And it’s often an agonizingly slow process for the applicant. In part, this is because the parties involved in hiring deliberately ‘keep other candidates warm’ until the new appointee has actually started in the position. Often this extends even through the initial weeks of the new appointment, just in case something goes wrong and there’s a need to reactivate the search.

Most of us don’t handle rejection particularly well, so over time, many become discouraged. Demoralization sets in, and we begin to lower our sights.

When that happens, it’s a step on the road to desperation. Those who reach that stage are usually hired only for roles that are the least attractive and the hardest to fill because employers see them as lacking the right motivation. If we accept such a position, we launch or accelerate a journey toward ever-deepening demoralization.

The Real Causes of Disempowerment

Structural power imbalances that disadvantage the individual do occur from time to time. But if you’re struggling to find a fulfilling role, it’s important not to be too ready to conclude that such an imbalance is the issue. Usually, it’s not the case.

Most of the time, the real issues we face lie in our own failure to follow the sequence from clarity, to strategy, and then to tactics. This is the only genuine path to real success as experienced through self-actualization.

Instead, most people are following the well-worn and always ultimately unsatisfying path of leading with tactics. Feeling stymied by dealing with recruiters and HR departments is a symptom of this tactically-driven approach.

Make the Market Work for You

It’s usually well within our power to turn this situation around. The answer often lies, not in becoming a better applicant, but in making the most of the interdependent nature of the relationship between the employer and the individual.

The most successful individuals are those who know how to avoid being seen merely as candidates. They position and market themselves exceptionally well. As a result, they are sought after rather than being another in a long list of strangers whom employers would prefer not to hire because they don’t know them well enough to be able to like, trust and respect them.

The fundamental point we all need to understand in progressing our executive or professional level careers is this: the employment market is set up by employers for their benefit. As individuals, we need to put at least an equivalent amount of effort into making the market work for us instead of against us.

To fail to do so is to court a future that’s mediocre, or worse.

Five Things You Can Do Straight Away
to Improve Your Career

Your career is a means to the life you want. If you’re not enjoying your career, you can begin to improve the situation immediately. Even if you’re under pressure. This free ebook will help you get things underway. 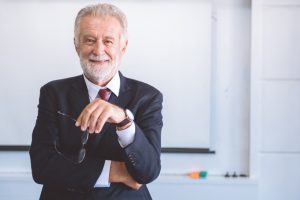 How to Make Later Years Better, Not Just Freer

If your current role is unfulfilling, you don’t have to wait for retirement in the hope of a better life then. It often proves to be... 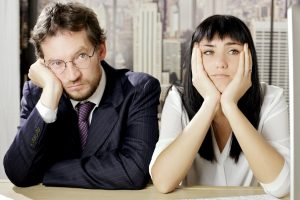 Why Meaning is Key to a Satisfying Career

It's an unsettling fact that in advanced English-speaking countries such as Australia and the US, the scourge of depression... 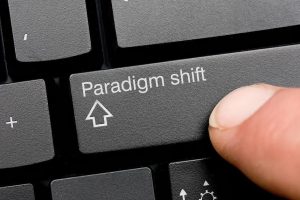 Is This Mistake Blocking Your Career Growth?

Every week, my colleagues and I meet with people – especially people with specialist technical backgrounds – who are strong in...